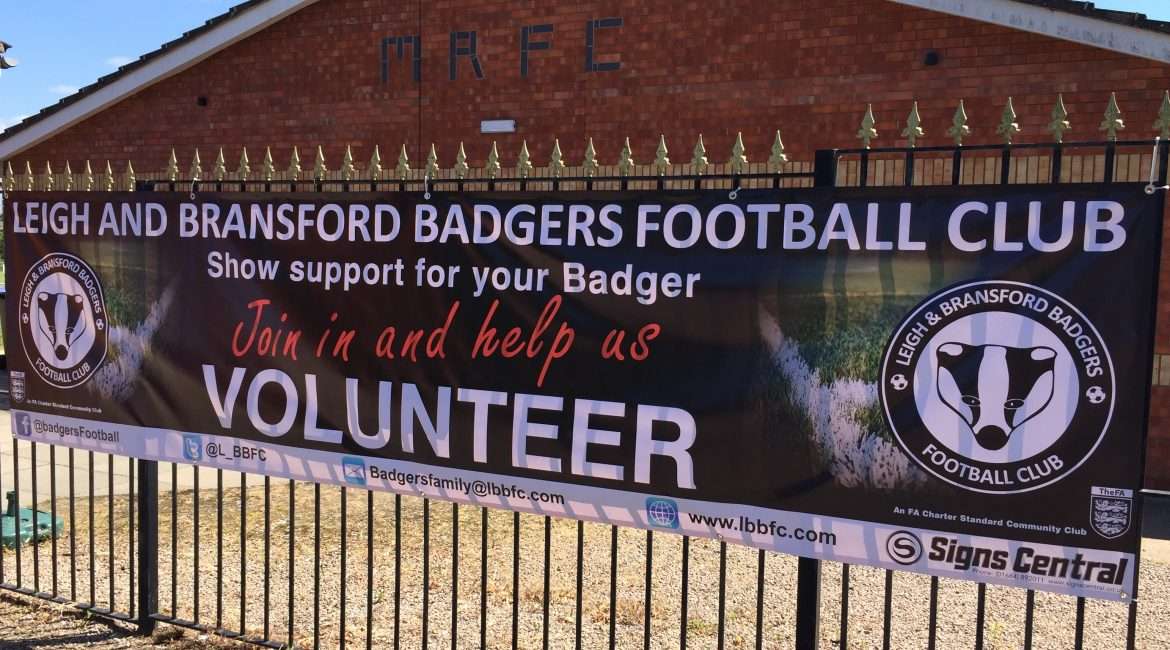 During my first few months at the helm of our Junior Football Club I have made a concerted effort to spend time at our various venues, be it at training or matches, so as to be a visible and as approachable, a Chair as possible. Leigh and Bransford Badgers is not my club, it is our club. Whilst departing Ralph’s Field on Saturday I witnessed something so disheartening that it has stirred me to share some observations I have gleaned post our AGM in July.

Seeing coaches, who have warmed up, refereed, coached, supported and consoled their squad, left to put away the goals and corner flags, carry the drinks bottles, balls, bibs, First Aid Kit was difficult to watch. Coaches left to cope brought home just how much we, as parents, should be doing to support those brave soles who have stepped up to volunteer. As a club we currently have more players than ever, we have more teams than ever, who subsequently need more coaches than ever and in turn those coaches need our support more than ever.

1. Don’t think other people do it all. Without volunteer coaches we do not have a team and we certainly won’t have a club. If we don’t support our coaches we won’t have them. Not sure I’m particularly a good ‘football Dad’ but I always show an interest in what my son is doing and I try to avoid using football like an after school club. I am certainly now more aware of the effort coaches go to to find sponsors, replace shirts, source jackets, find referees, fill out the club monthly payment forms. Mere volunteers?Is there a perception that there are legions of trained managers and coaches out there kicking their heels just waiting for the Badger call?

2. Coaches spend less time coaching or watching football than I imagined. How long will your coach fret over the teams formation, debating the merits of tiki taka versus a counter attacking compact midfield style versus the classic 4–4–2. Certainly not as much as first envisaged. The likelihood they are spending their mornings with a spade and a bucket filling in rabbit holes with the mud from molehills or picking up dog mess. They are learning how to mark out a football pitch with string and diluted paint. They are trying to get team photos, creating firms, collecting money. They are trying to find the missing, elusive pegs to hold the posts in place, finding a pump to avoid starting every training session with deflated footballs, parking attendants, first aiders, and they certainly never go home with the same number of footballs a session started with. They are sending dozens of emails, texts and Facebook messages a week keeping everyone informed with updates usually containing the words “GAME OFF” as another down pour puts paid to your weekend fixture.

They are basically ‘running the show’ but how much, as supportive parents, can we do to lighten their load?

3. Our Coaches really can’t do it by themselves

4. Its really mustn’t be all about winning. We all like a win. I certainly like winning, a lot. Why do we try to avoid turning away anyone that wants to play football, why don’t we hold trails in the busy times. For that football obsessed 11 year old, desperate to play in a team but might be seen as ‘small for their age’ who miss out and as a result end up barely kicking a ball again in anger. A struggling 10 year old, with help, from good coaches, can develop, put on a few inches and be the lynchpin box to box midfielder in a few years time.

Success with the Badgers is pretty simple. Keeping all the teams playing. By giving all the players a chance and enough game time every week, encouragement, some fun with their mates, perhaps even the odd new skill here and there, they will turn up next season and do it all over again.