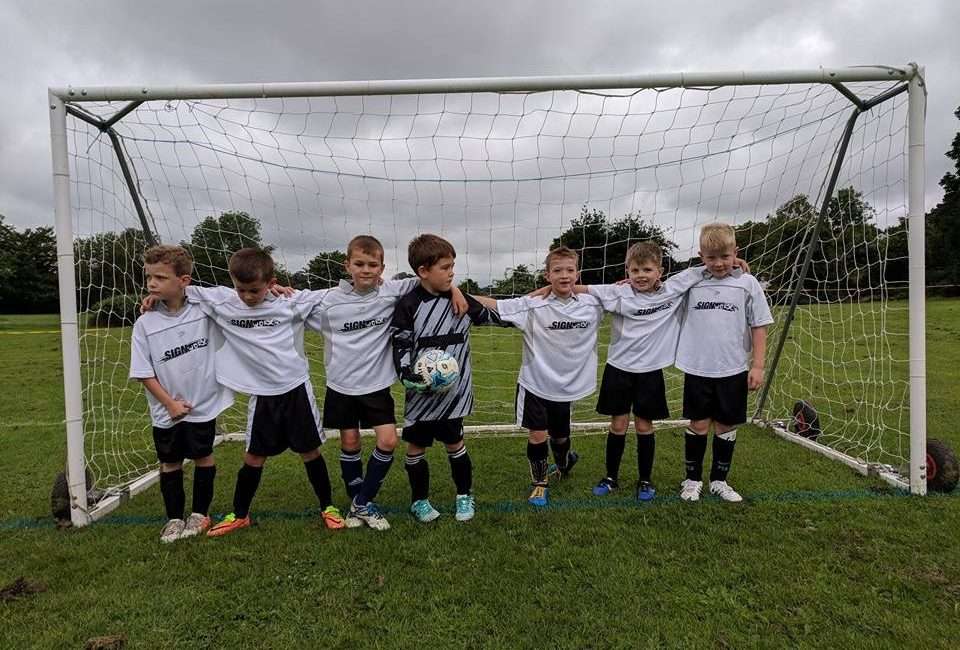 LBBFC Chairman
Playing in what were their first ever games together, our newly formed L&BBFC U8’s Zenit squad made a lasting impression at the Nunnery Wood Colts FC U8’s Tournament 2018 in June 2018.
Team Coach, and more importantly, Dad Daryl Williams had this to say:
‘We had a brilliant tournament with the side playing their first ever games together as a team. All the players put in maximum effort, with an outstanding performance by Elliot our goalkeeper.’
The Zenit squad entered their first tournament, facing established sides such as Wilden Chargers FC, but used the event as a learning experience not knowing what they would expect nor how they would play.  After the first game the boys gelled well together, visibility growing in confidence as the youngsters got to know each other.  As the tournament was a non-competitive event, the referees ‘scored’ the teams on how the players played, fair play and enthusiasm within each game.  Making the semi final was nice, but, most importantly, at the end, all  the players were still smiling.
So proud, so pleased, a nice group of Badgers that have a great future with the club.
Share