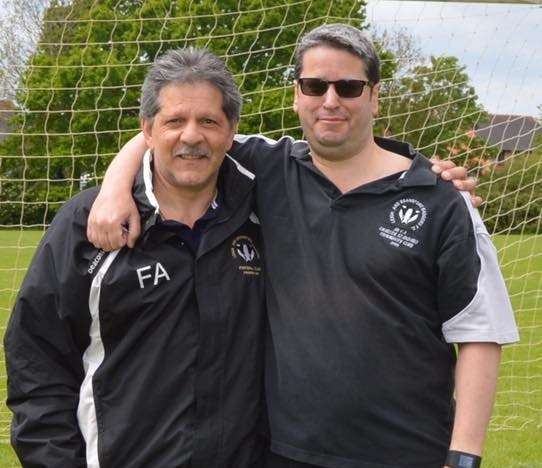 Always good to start what is a wet, rainy, Saturday game day with positive news for the club. It is with real pleasure we can announce that Paul Weaver has agreed to assume the role of Club President. Someone who has already held most Committee roles, and with a wealth of experience within the game, Paul supported his three sons during their playing time at Leigh and Bransford Badgers FC. Paul says:

‘When first approached to take on the role of club president my first emotion was of overwhelming pride. I first joined the Badgers in 2002 with my eldest son Tom and have seen Joe and Danny my middle and youngest sons all benefit from being a Badger.

Having been involved with the Badgers for so long the next and obvious question was “what would Bosko say”, I called Bosko and as expected he was, as he has always been, totally supportive and wished me luck which I was grateful for.

My involvement with the Badgers has brought me some of the most happiest experiences throughout the last 16 years, I’ve had emotional highs and lows, met some of the nicest people and made many friends for life. Probably my favourite thing is when I bump into a player I used to coach
I’ve held roles that include Assistant Coach, Coach, Vice Chairman, Chairman, disco roadie, gardener and more recently represent the Badgers on the proposed pavilion in Powick as part of the Powick Parish Council steering group.

Then my thoughts turned to what I could offer to the club in my new role. As well as the values already in place I would like to concentrate my efforts on the following:

1. To support coaches in their efforts, especially those new to the role, quite rightly we concentrate on players but I worry sometimes that the welfare of the coaches isn’t always considered well enough.
2. To ensure that good sportsmanship continues to be at the heart of the club and all those involved at each and every level, I’m a little old fashioned with this but believe more than ever that this is extremely important.
3. To support the committee in their decision making, I’ve held Director roles in large and medium size organisations since 1998 so like to think my views are balanced, considered and fair.

So as I start my new role I plan to visit all teams by the end of the season to introduce myself and get to know you all.
Always remember, once a Badger always a Badger.’