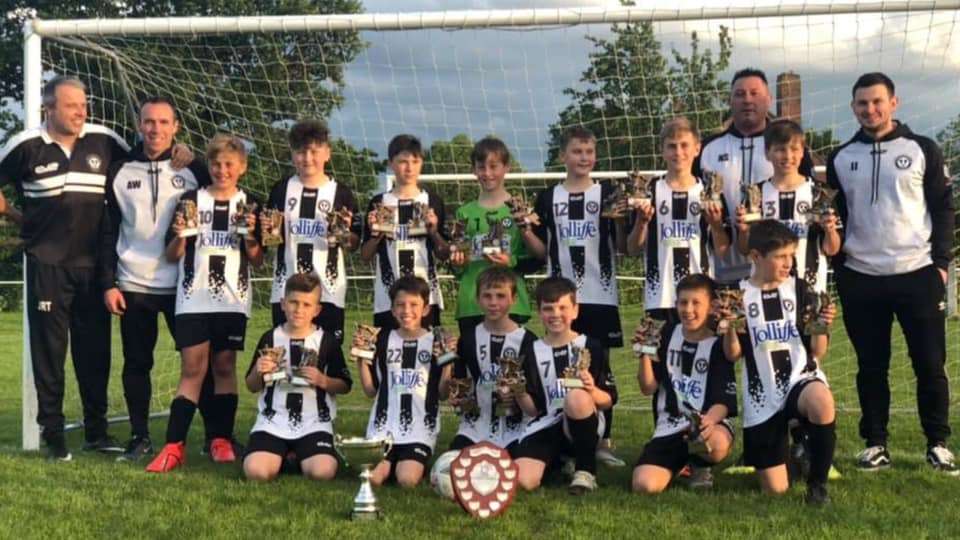 What a night, over at Malvern Town FC on Tuesday 21st May, and what a way to finish their campaign for our u12 Saints squad who have completed the remarkable milestone of going unbeaten in the inaugural Ambassador Evesham Football League (AEFL) season.

The clash of the league winners, against a higher placed West Worcester team, saw Saints grab a dramatic early goal and then battle as hard as they could, across the whole squad, to maintain their advantage. Such courage, such strength, so much determination to hold on with real character from their amazing keeper forward.

What a season for the boys, what a way to sign off by collecting both their league and cup winners trophies to the sound of their coaches (who don’t appear to know the words) and the Badger Family singing ‘When the Saints go matching in’.