Recent inadvertent publication of results and outcome for some fixtures with or without the score line, for some of our Leigh and Bransford Badgers Football Club (LBBFC) Junior Badgers, on social media platforms has stimulated an email exchange between our FA Mentors and the Worcestershire FA.  It has also reignited the general debate around use of social media.  The FA has reiterated its decision to prohibit the publication of results and league tables for teams playing from Under-7s through to Under-11s.  A number of changes have been implemented by the FA post a 2012 review that has affected the competitive nature of football for players from u7 through to our u11s.  At that time Pete Ackerley, The FA’s Head of Participation told TheFA.com wrote:

“This guidance is not new. As a result of significant consultation and research undertaken across the game with children [players], parents, coaches, clubs and league volunteers, The FA decided in 2012 to extend its implementation from U7s through to U11s. The feedback we got was simple – children are competitive by nature, they want to win and don’t need a league table or results section on a website to confirm this.  Our ambition is for football to be progressive and child-friendly and to move away from the win-at-all-costs mentality that has been recognised to stifle development and enjoyment in sport.”

The clear statement here is to prevent a “win at all costs” attitude, especially at the younger age groups whilst creating a challenge and change coaching principles and methods.  This initiative is aimed at making results less important and to cease coaching practices that are aimed at “winning tactics”.  Examples would be hitting it long and direct.  It aims to focus on long term player development, and to provide a playing environment for young players where they are not as under pressure or concerned with results and can play football and be taught “properly” to play the game and explore new football ideas and techniques in order to help promote better development and standards at mini soccer level.

What does it mean to LBBFC?

The guidance is mandatory for all organised youth football, and club’s and leagues affiliated to the FA.  To simplify the position for all our squads associated with the Badgers we will:

LBBFC would wish our webpage to be accessible for all and for the community to be able to participate in Face Book and Twitter posts to positively highlight the excellent work carried out across all our age groups.  We ask our coaches, parents, members to be aware of the following;

As members of LBBFC we are all individually re responsible for and need to abide by the FA Rules and regulations regarding comments you place online about the league, club, players, managers or match officials:

All parents/carers are advised to familiarise themselves with: 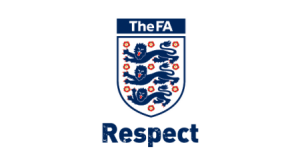